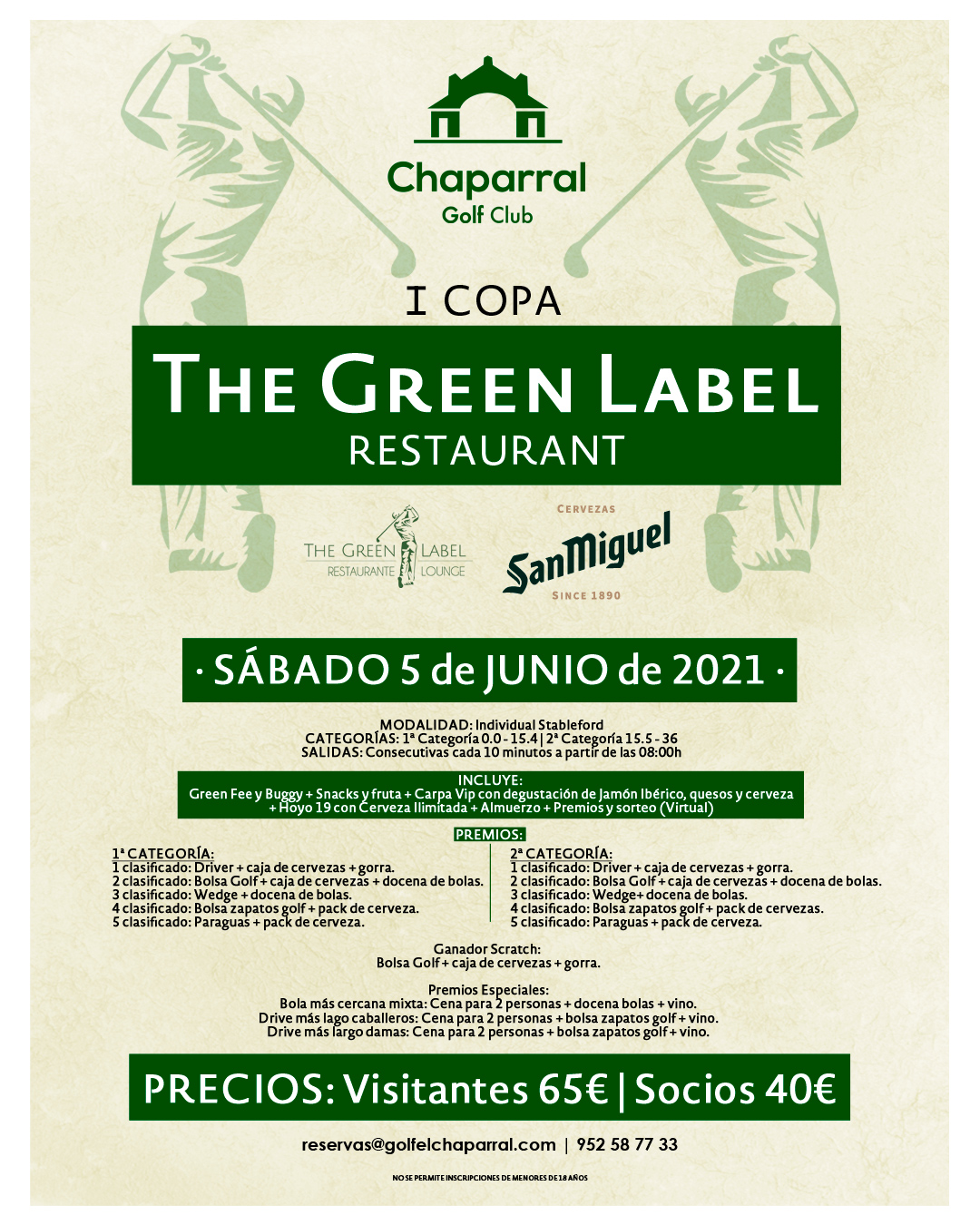 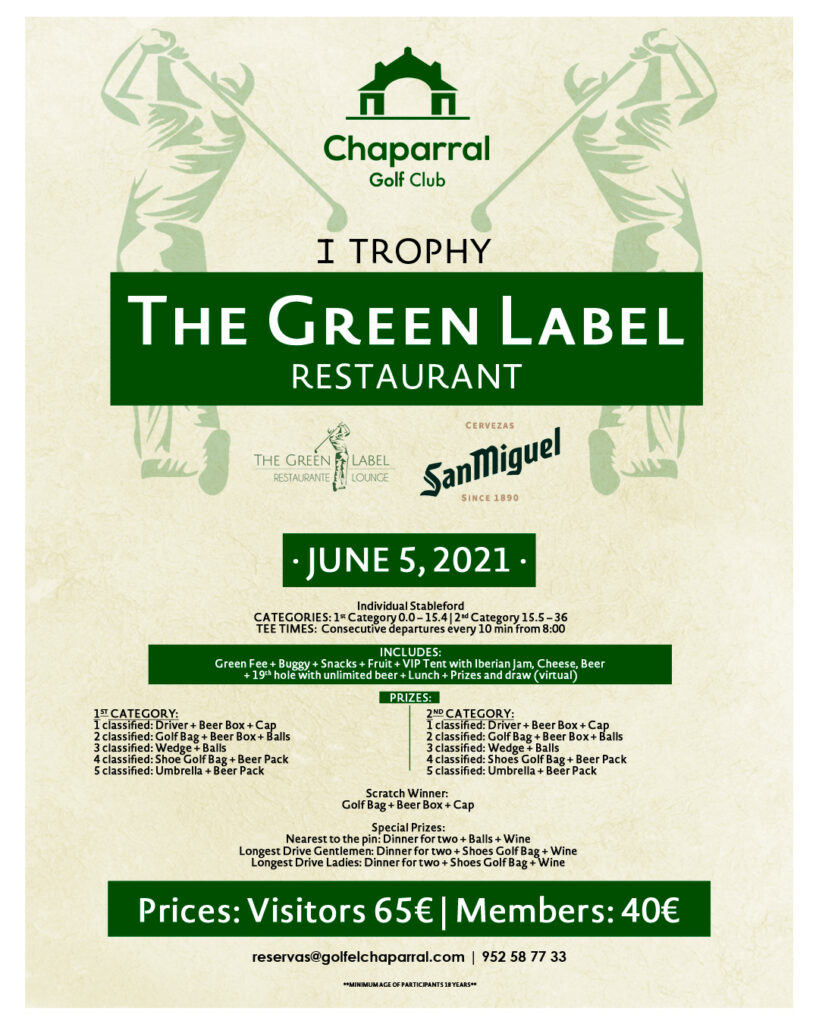 On Saturday, June 5, an individual tournament was held in Chaparral Golf Club, located in Mijas Costa, with a resounding success of participation. Chaparral Golf Club celebrated the imminent arrival of Summer with a great event that did not lack any detail.

The weather changed troughout the day, so the playing conditions varied as the hours passed by, but thanks to the great maintenance work and the good conditions of the course, the players were able to enjoy a great game. The players, after collecting their score cards card, went to the course to start their rounds, competing for the prize awarded 5 best positions in each category, the special prizes; scratch winner, longest drive and nearest to the pin.

The tournament was played under the Individual Stableford modality, in two categories by handicap. We must recognize the great skill shown by the players, since the good results obtained by the vast majority of players required a very complete game from the winners to achieve victory. All participants were able to enjoy two fabulous VIP tents set up by Chaparral Golf and the Green Label Restaurant, where they could taste products such as; Iberian ham, Manzanilla from Sanlúcar de Barrameda, cheese, tapas and unlimited beer. These pleasant « breaks » helped many players to regain strength and relaunch their game.

Winners of the tournament I Open The Green Label Restaurant

The five best classified in the first category: Winner Jorn Eide with 40 points, Gabriel Fraile, José Antonio Perez Sanchez and Paul Mercer in second, third and fourth position all with 39 points and Luis Martín Matilla on fifth position with 38 points. Since Luis Martín also was the Scratch winner the prize for the 5th position passes to Garry Orr , also with 38 points.

The most accurate player in the tournament, winning the special prize for the nearest to the pin on hole 18 was Martina Wichmann.

The player who showed the most power shot from the Tee on the 13th hole was Thomas Hanrahan winning the special prize for the Longest Drive in the men’s category.

In the Ladies category, the winner of the Longest Drive was Martina Wichmann with a spectacular drive on Hole 13.

From Chaparral Golf, we want to congratulate all the winners and thank all the participants for their trust in Chaparral Golf, without their involvement in this tournament, the success achieved would not have been possible.

We want to make a special mention to San Miguel, collaborating in this tournament. For Chaparral Golf it has been a real pleasure working together on this event. 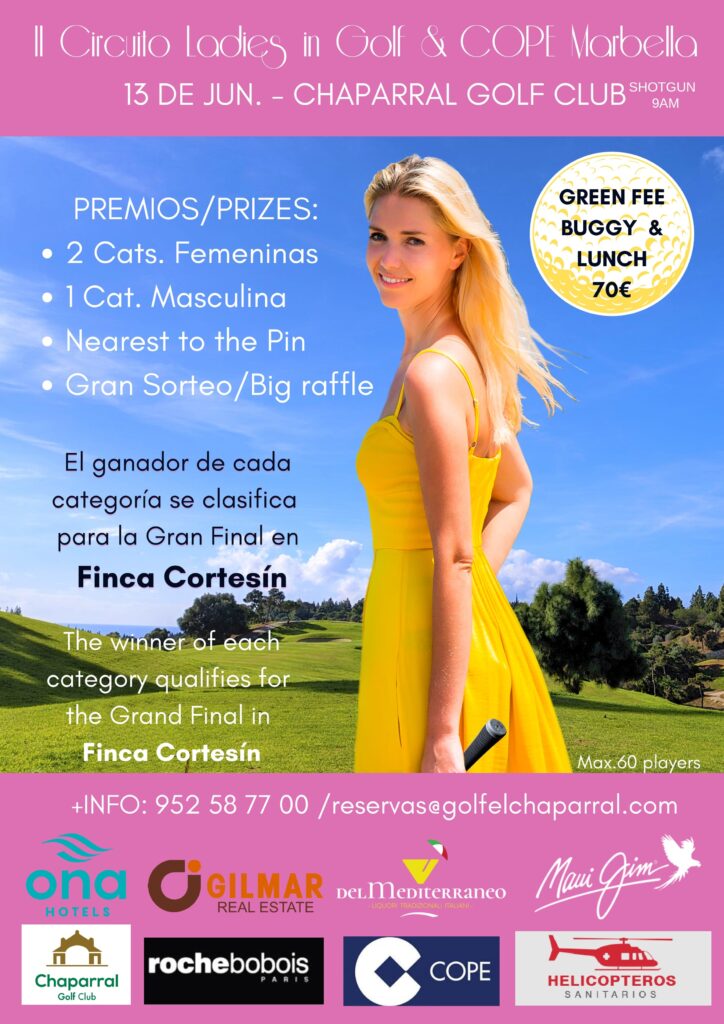 We are waiting for you all again, in our next  tournament calendar, on June 13 – II Ladies In Golf & Cope Marbella Circuit tournament!