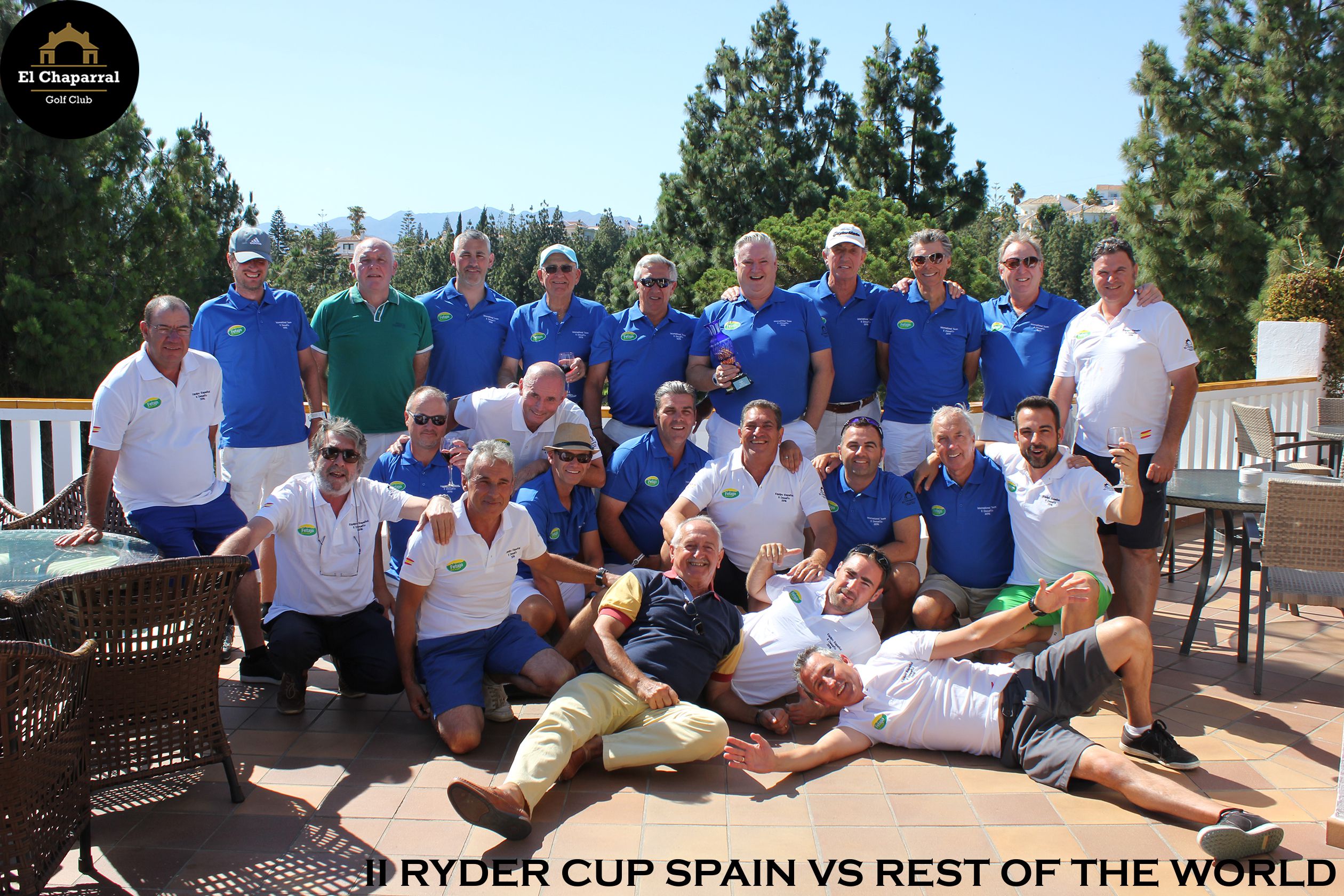 El Chaparral Golf Club continues to surprise us with its fun initiatives. On Saturday, June 11th, 2016, the club celebrated the challenge ”Spain vs. Rest of the World.” The competition based on Ryder Cup format in which 28 participants (all club members), 14 couples per team, went head to head.

The competition began at 9:00 in the morning followed by a great atmosphere among the participants. They filled the club with enthusiasm and great sportsmanship. They all put the flags of their corresponding countries on their golf carts and wore the polo shirts sponsored by Fetajo rent a car. The Spanish team wore white polo shirts and the rest of the world, blue.

The final victory after an exciting day of golf was for the International team, 17.5 to 10.5 points.

At the end of the tournament, after a wonderful lunch at clubhouse for members, friends and relatives of attendees, the captain of the Spanish team, Francisco Pecino, gave the captain of the International team, Nick Cripps, the Championship trophy.