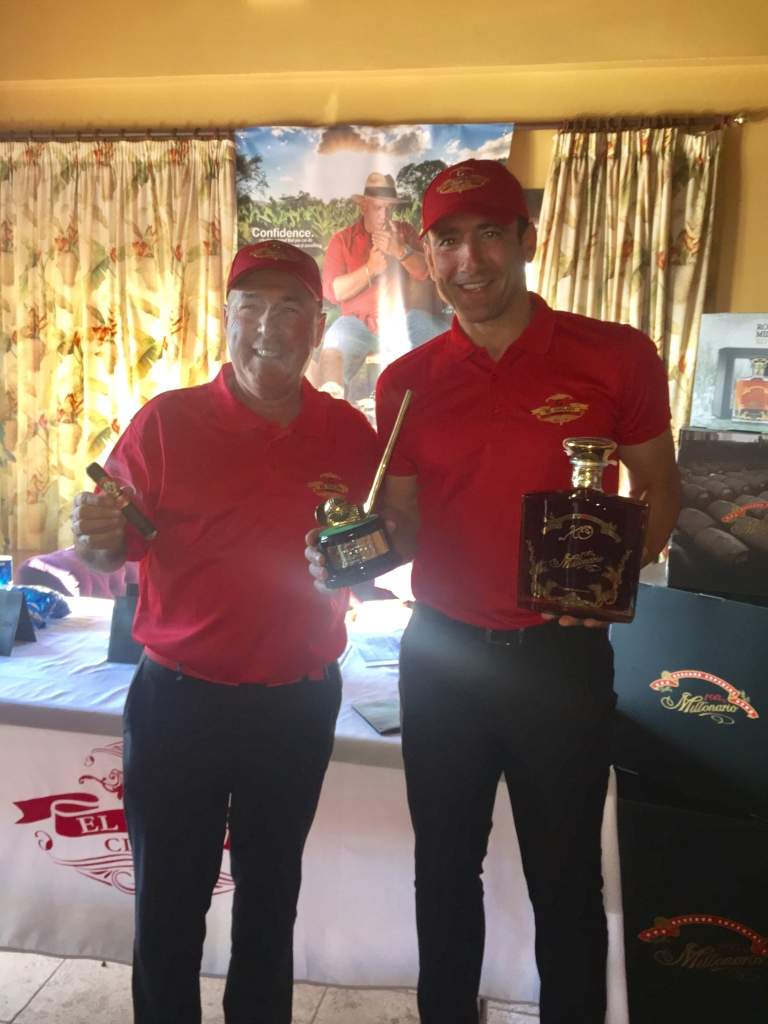 Very rarely can we enjoy an event that reaches the level of excellence as the one that recently occurred at El Chaparral Golf Club. A day that, without a doubt, will remain in the memory of all the attendees as an unforgettable event. Thanks to the efforts of our dear friend Don Jose María Gil and all his team.

It all started at 8:20am, when a total of 60 golfers and their companions gathered last Sunday, January 29 at El Chaparral Golf Club to participate in the II Open Golf #paviviasímeónomorirse, which was supported by AUTOS GILMAR SL, EL GALAN CIGARS AND RON MILLONARIO, as main sponsors, contributing numerous materials for tastings and prizes.

The weather conditions (reaching 20 degrees in the month of January) and the phenomenal environment contributed to the celebration of an unforgettable day that fulfilled the purposes of the organization: the praise of values such as friendship, sport and passion for good cigars. This is something our friend Don Jose María Gil had much to do with, personally taking care of the organization and follow-up of the event so that no detail was missed; a welcome pack, welcome coffee with sweets, a field stop with tasting and drinks, club house food, cigar tasting and ron millonario – and even drone footage covering the event.

The first cigar tasting took place at 8:20 am, when the participants and those who attended as part of the audience received a Corona from El Galán Campestre in its two varieties: Maduro and Habano, as well as a welcome coffee with sweets before leaving the field to review the route.

The second one took place at mid-morning, where part of the team was helping refuel energies all along the route and offering tastings of El Galán’s Robusto cigar, paired with a Malaga muscatel.

Finally, after an excellent meal and desserts in the restaurant El Chaparral (comprised of a Caesar salad, sirloin with truffle sauce, puff pastry and other delicacies complemented by a good wine), a cigar tasting followed, showcasing Premium cigar brands such as Félix Mesa, El Galán Reserva Especial, Doña Nieves, Sentimiento y Semilla Cubana, combined with one of the best Premium rums on the market, Ron Millonario.

The feedback from the attendees was exceptional, who were enthusiastic about the range of awards and the various surprises prepared by the organization. It is important to mention the work by Carlos G. Barret and his audio-visual company Spy Investigación y Expreso del Sur, and their production of an impressive video of the event, using the latest technologies, such as the use of HD drones!

Jose María Gil handed the Scratch category prize to Joaquín Martínez, who was proclaimed Scratch winner of the II edition of the Open, a prize he dedicated to his father. The event itself was organised in honour of his father with the objective of emphasizing the pleasures of life, such as good cigars.

The organization hopes to repeat the success achieved in this event in any future editions to come.
From El Chaparral Golf Club we would like to thank Jose María Gil and send him our most sincere congratulations for his confidence in us and his constant dedication and passion for our sport.