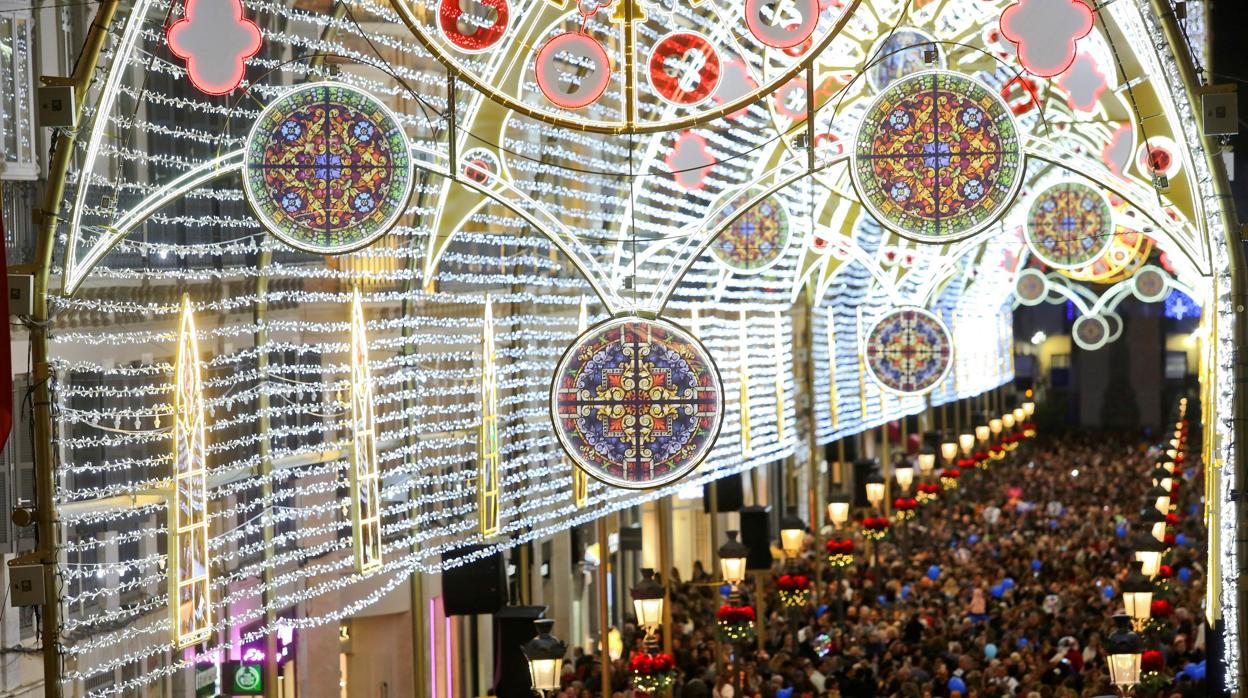 We´ll explain how to experience the Spanish Christmas and help you out with……What to do in Malaga when you aren´t golfing?

If you’re in Spain for the Christmas holiday, you will no doubt notice that the festive season is quite different. The Christmas kicks off a bit later than in many other European countries: lights are usually lit in the main cities during the first week of December. Christmas trees have become popular in people’s homes but again, they aren’t put up until the second half of December.

Another important decoration at home is the miniature nativity scene (Belén) which always includes figurines of baby Jesus, Mary, Joseph and the Three Kings (Los Reyes Magos). Bigger nativity scenes may be seen in villages and cities, normally in the city hall or the church. Some villages prepare a live presentation with persons representing the different characters.

Key dates for Christmas in Spain:

22 December – The National Lottery is a much loved tradition all over Spain, all the more so at Christmas when El Gordo (the fat one) is drawn with the top prize totalling over a massive 700 million euros. the Spanish Christmas Lottery is the biggest lottery in the world. The Spanish never stay far from a TV during the Christmas lottery draw which takes several hours. Everybody buys tickets for this lottery in the hope of getting a lot richer overnight.

24 December – Nochebuena is Christmas Eve and it is the most important family gathering of the year. It is celebrated in the evening when people often meet early for a few drinks with friends before returning home for a meal with the family. Typical Christmas meals consist of prawns for starters, followed by roast lamb, rounded off with traditional sweets like turrón (nougat), polvorones (soft almonds cakes) accompanied by Cava and the finest Spanish wines.

25 December – Christmas Day generally doesn’t mean presents to children in Spain. They may receive a small gift on Nochebuena but they will need to wait until 6 January for their main presents being brought to them by the Three Wise Men. Christmas Day is a public holiday in Spain. It is not a day of great celebrations like in many other countries in Europe; instead it´s a calm day when people go out for a walk and sleep off the previous night’s festivities. It’s very common to see families eating out on Christmas day afternoon.

31 December – NocheVieja (New Year’s Eve) is a big celebration with street parties and special celebration nights in hotels and clubs everywhere. However, people tend to stay at home with their close families until midnight often indulging in copious amounts of shellfish. On the stroke of midnight we eat 12 grapes, one on each stroke of the clock, in order to bring good luck for the coming year. In Madrid (Puerta del Sol) and some other squares in the main cities, people gather to eat the grapes and drink cava before heading off into the night to party until dawn.

1 January – New Year’s Day is a quiet public holiday which most people spend sleeping off their late nights.

5 January – Cabalgatas (Processions) take place in the evening all over Spain. The Three Kings (Wise Men) throw sweets to the crowds from the floats in a colourful procession in almost all cities and villages.

6 January – Día de los Reyes Magos (Feast of the Epiphany) is the day when the Three Kings arrived in Bethlehem. In the morning the Spanish children wake up to find that the Three Wise Men have left presents for them in their house. On this day, family and friends exchange gifts and several charity campaigns are also done in different associations and children’s hospitals all over Spain.

7 January – End of Christmas. Children return to school and parents return to work after the Christmas celebrations.

The lights on Calle Larios in Málaga need no introduction and they are famous throughout Spain. – the entire street is covered in tens of thousands of lights, this year the theme is around the stained glass windows in Malaga Cathedral. There are 2 impressive light shows every day at 6.30, 8 and 9.30pm. Don’t miss the giant Christmas trees on Plaza de la Constitución, Plaza de la Marina, Plaza del Obispo and Calle Alcazabilla.
Christmas Music in Malaga

· 13 December at 6.30pm in the Gran Hotel Miramar. Christmas songs accompanied by choreography .

· 12 December at 8pm Christmas Ballet – the Romeo and Juliet ballet in the Cervantes Theatre should get you in the mood for Christmas. Wednesday.

· 30th December from 10am to 11pm in the Recinto Ferial in Puerto de la Torre. The annual verdiales competition. This traditional music and dance, an intrinsic part of Christmas in Malaga, originates from the villages in the mountains to the east of Malaga. Around 30 groups of musicians and dancers take place in 3 sections based on where the groups are from (Montes, Almogia and Comares).
Nativity Scenes

· Diputación (on Calle Pacifico, next to La Térmica cultural centre –– open daily 10am -9pm (until 5pm on 24 December and 31 January, closed 25 December and 1 January). One of the biggest nativity scenes in the province with 180 square metres of Biblical scenes, lighting and animated sections including two rivers.
Christmas Markets

Christmas Bazaar –St George’s Church in the English Cementery (Avda de Pries, just east of the bullring) on Sunday 2 December from 12.30 to 2.30pm.

Muelle Uno arts and crafts market – daily during December. See the stalls in the square near the Pompidou Centre entrance. Open 10am to 10pm until 13 January.

Paseo del Parque –Christmas gifts, fireworks and food from noon to midnight during the Christmas period.

Christmas in Malaga for children

· Muelle Uno – funfair rides and Santa’s grotto complete with reindeer. Santa’s open for requests between 2nd December and 5th January (he overlaps a bit with the 3 Kings there) from noon to 2.30pm and 5 to 8pm.

· Corte Inglés esplanade – as usual, the department store has set up its Christmas attractions. Enjoy the ice rink, toboggan ride and merry-go-round. Open daily during shop hours (10am to 10pm).