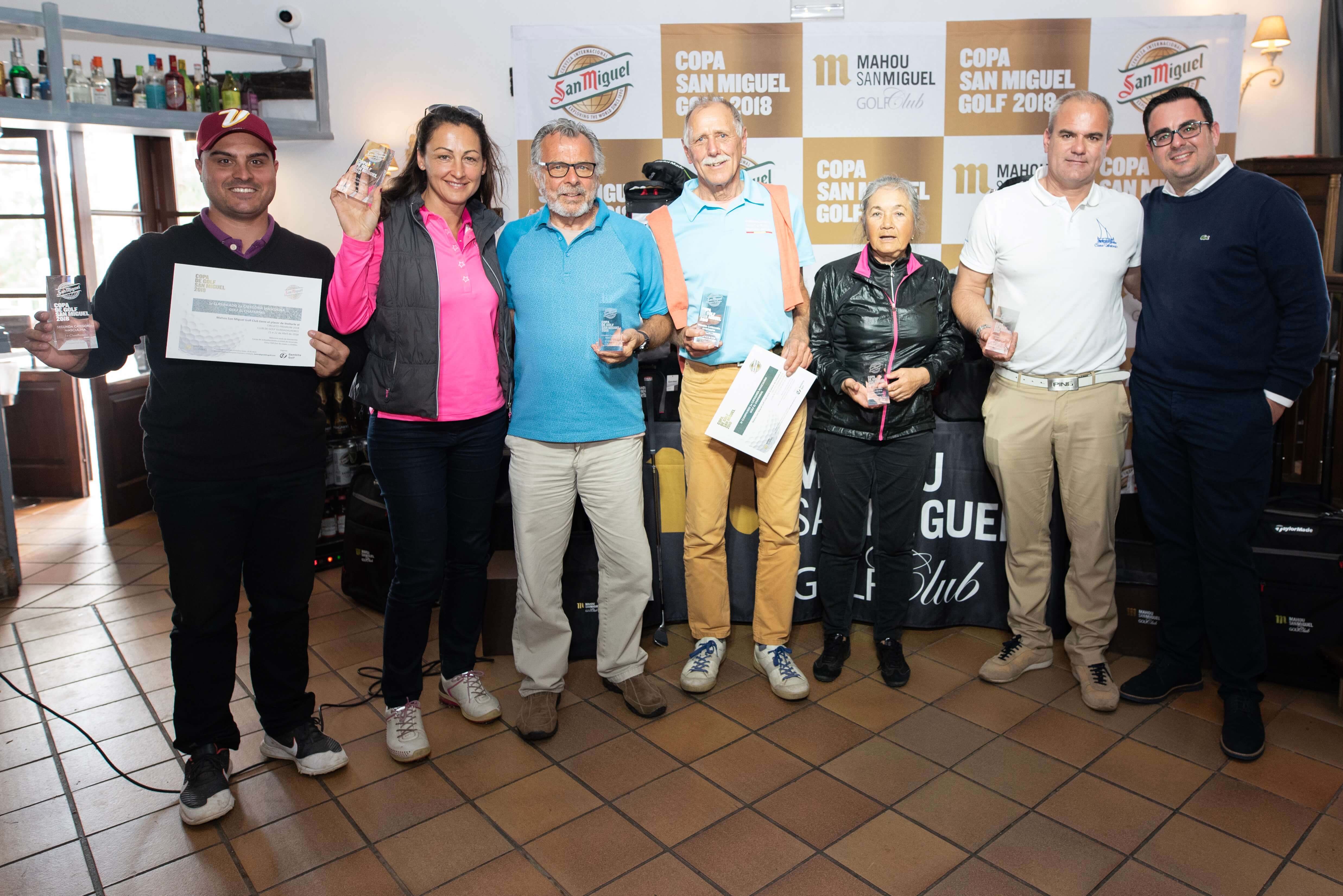 The first edition of the I San Miguel Golf Cup is starting to take shape celebrating its second competition of the tournament in Chaparral Golf Club, Mijas Costa (Málaga), on the 14th of April, with great satisfaction among the participants. The new circuit of San Miguel offered the golfers of the Costa del Sol a spectacular day.

After receiving their welcome pack with a corporate polo shirt and Srixon balls, finding their starting positions for the shotgun start at 9 am, the 108 players encountered a course in impeccable state, which had resisted perfectly from the rain the day before. The 18 hole competition was played as Individual Stableford in three categories; first and second male and one single for ladies.

A clear sky with bright sunshine and fantastic views of the Mediterranean Sea accompanied the players throughout the day. In front of the tee of hole 10 the players were offered a break in the catering tent of Gambito Golf. The Iberian ham, foie, cheese, pastries and fresh fruit, accompanied by drinks from the circuit’s sponsor Mahou San Miguel were highly appreciated by the players who recharged the batteries before continuing the last nine holes.

After the tournament a fine lunch awaited the participants in the restaurant of the clubhouse, followed by the prize giving ceremony led by Domingo Gavira, General Manager of Chaparral GC and Rogelio Castillo, Regional Director of Andalusia of the Mahou Group San Miguel.

In the men’s category the winners were: Helmut Brune in the first category, Fredy Aponte in the second category and Patricia Zimmerman in the ladies category, who received their trophies and the qualification diploma to play at the end of the I San Miguel Golf Cup, in the tournament of Los Lagos de Mijas Golf on September 30.

The great atmosphere at Chaparral Golf Club concluded with a raffle among all the participants with Mahou San Miguel products and clubs, bags and sports equipment from TaylorMade Golf.

Chaparral Golf Club thanks everybody who participated and look forward to see you next year!