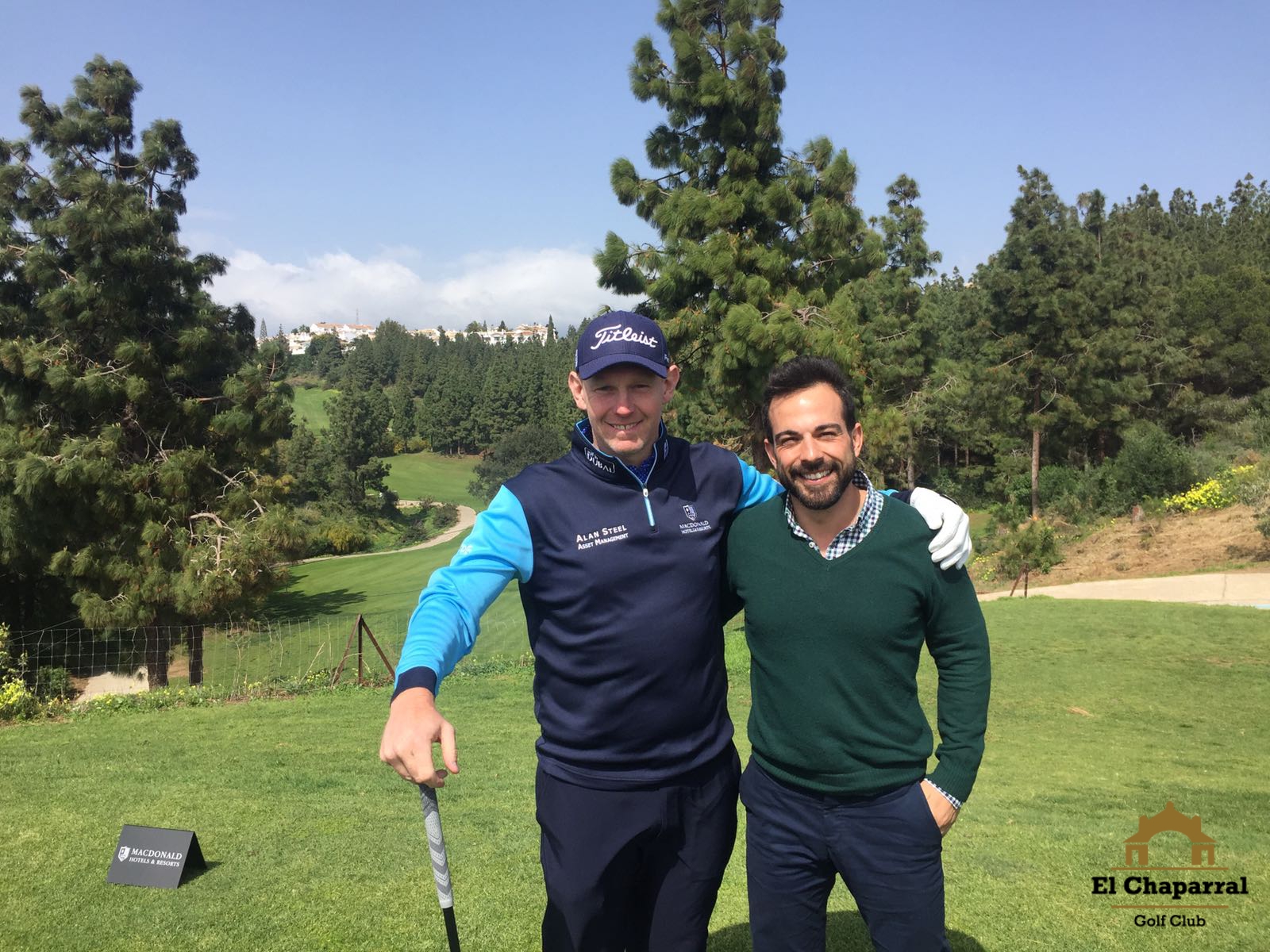 Last week we were lucky enough to have at El Chaparral Golf Club the Scottish professional Stephen James Gallacher. Stephen and his sponsor Macdonald Golf & Hotels, enjoyed a few of our course holes and took the opportunity to film some videos with tips to improve the short game and the long game. They also made a photoshoot and an interview in which he was asked about his goals for 2017.
If you still do not know this professional golfer, here are a few details about his career:
Stephen Gallacher is a Scottish professional golfer who plays on the European Tour. Gallacher was born in Dechmont. He played in the victorious Walker Cup side in 1995 and turned professional later that year.
Gallacher first played on the European Tour in 1996, but struggled to begin with. In 2000, however, he reached the top hundred on the Order of Merit for the first time, placing 56th. In 2004 he recorded his first win on the tour at the Dunhill Links Championship, which is one of the richest golf tournaments in Europe, and finished the year ranked 15th on the Order of Merit.
In February 2013, Gallacher ended a 201-tournament wait for his second victory on the European Tour, when he won the Omega Dubai Desert Classic by three strokes. He held the lead going into the final round after he shot his best career round of 62 on the European Tour in the third round. Despite two bogeys in his first two holes, Gallacher clinched victory with an eagle on the 16th hole.The win moved Gallacher back into the world’s top 100.
The following year, Gallacher defended his title with a one stroke victory at the 2014 Omega Dubai Desert Classic for his third European Tour victory. He is the first golfer to ever successfully defend the title.