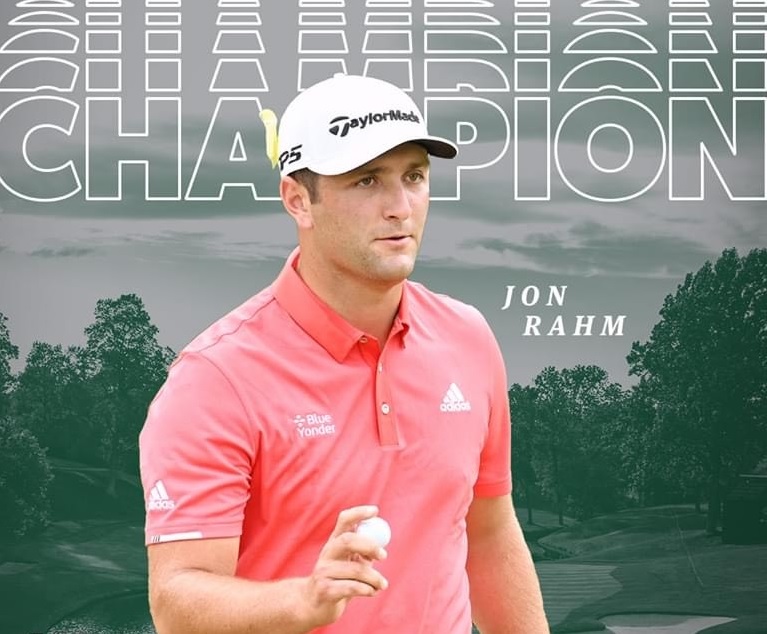 Jon Rahm – number 1 in the world! Chaparral Golf together with the Spanish and International world of golf receive great news involving our Spanish player.

The Spanish golfer Jon Rahm became number 1 in the world, last Sunday, after his victory in Muirfield Village, the home of Jack Nicklaus, the best golfer in history.

Jon, a Spanish golfer with the greatest international projection in recent years reaches the top at only 25 years old.  Since he signed his first contact with the discipline of golf in 2004 at Larrabea Golf Club, he had a clear goal. To one day become the top one in the world ranking.

The Spanish golfer Jon Rahm became number 1 in the world, last Sunday, after his victory in Muirfield Village.

And last Sunday he did it! Jon Rahm became the best golfer of the world after his victory at Muirfield Village!

He had a spectacular amateur career both in Spain and the US, before making the leap to professional player. He finished his amateur career as number 1 in the world, defending his position for 50 weeks against the best golf promises in the world.

It has been 4 seasons as a professional player and Jon’s insatiable thirst for victories have placed him as one of the players with the best record in the world. He´s already the winner of important tournaments such as: the Spanish Open in its last two editions, Hero World Challenge, Dubai Duty Free Irish Open, DP World Tour Championship, Race to Dubai and his last victory at the Memorial.

After 30 years and 11 months, Jon succeeds Seve Ballesteros and the Spanish golf once again has a player on the top of the world.

Congratulations Jon, all the Spanish society is very proud of you, your career and your victories around the world representing the Spanish flag and we know that your next conquest will be in a Major.

After 30 years and 11 months, Jon succeeds Seve Ballesteros and the Spanish golf once again has a player on the top of the world.

Thank you for your continuous support and collaboration with the Spanish golf scenery whenever you have the opportunity.

Enjoy from up there! The best in the world!