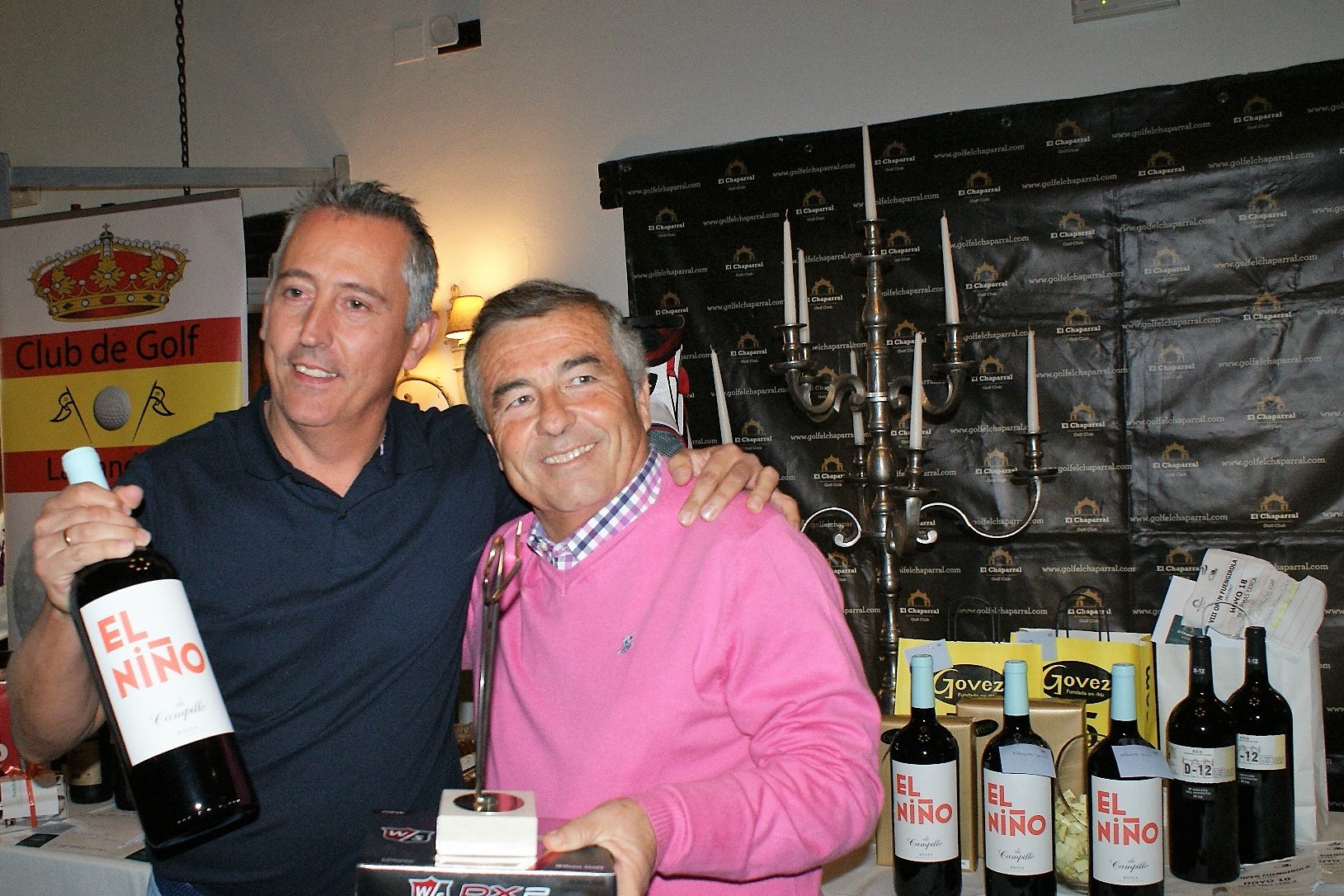 Chaparral Golf Club celebrated another successful event when the club was the host of the VIII Edition Open of Fuengirola last Saturday with more than a hundred players.

It was a day with perfect weather for an enjoyable round of golf; autumn freshness in the air but still with blue sky and sun all day long. Optimal conditions for a good performance!

Everything was prepared for the players at their arrival; the welcoming in the newly restored Pro Shop, the score cards and more than 50 golf cars lined up, all equipped with courtesy water and competition information, waiting to later be escorted to the holes by the personnel of Chaparral.

The Shotgun start went off at nine o’clock, with double teams on several holes due to the high number of participants. Players from all over Europe such as Spain, England, Russia, France, Germany and Ukraine came to enjoy the day of Individual Stableford Shotgun, lunch and prize table prepared for the three mixed categories.

After the well deserved lunch in Treetops Restaurant Chaparral, Cecilia the commercial of Chaparral, welcomed the players and expressed the club’s appreciation in trusting Chaparral to host the event once more and that the club looked forward to next year´s XIX Edition.
She then gave the word to Pedro Cuevas, the counsellor of Sports and Events of Fuengirola who has played an important part in the support and collaboration of the competition during the years. Afterwards Christian Far, the president of La Bandera, main organizer of the competition said a few words and gave thanks to all the sponsors.
After that, the moment that everybody was waiting for arrived, the prize ceremony with prizes for the 3 best players of each category and more than 50 prizes for the raffle.

In the first category, and absolute winner of the tournament, was the local player Manuel Olmo, who with 34 points got the best ranking, followed closely, with just one point less, by the local player Anna Shultse, and two strokes less than Jim Johnston and Helmut Brune on third place.

In the 2nd category the differences were also minimal, since the winner José Antonio Ruiz with 39 points won with only 2 points over the second placed Martina Wichmann and Francisco Giraldez, both members of Chaparral Golf Club.

Finally in the 3rd category, the winner was Timo Salminen with 41 points, followed by Mike Jabbari with 39, and Bo Larson with 32.

The next upcoming tournament that will close the competition calendar 2017 in Chaparral Golf Club will be on December 16th with the I GOLF Tournament HOYO A HOYO.