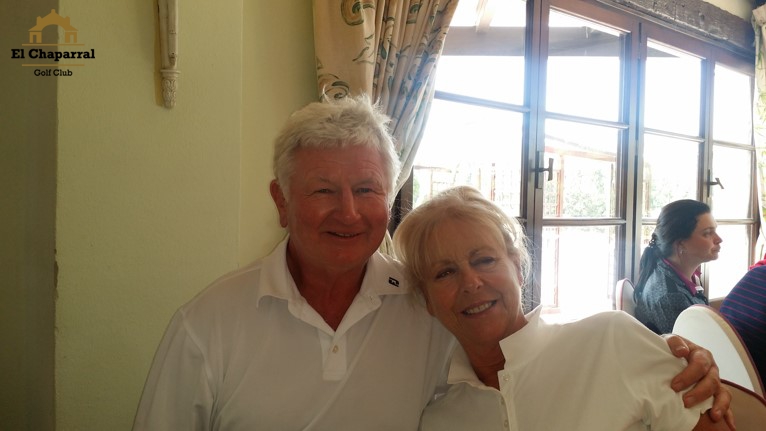 England came second in the form of Sarah Clarke with 35 points, just one better than Irishman Paul Cunningham.

This was the third and final round of the inaugural Three Saints Trophy at El Chaparral.

The first two rounds were played on St David’s Day and St Patrick’s Day. Derek was also the overall winner with a total of 105 points over the three events. Captain Phil Flaxman and his committee were delighted with the success of this new competition.

Each Saints Day golf has been followed by a traditional meal, music and dancing and a presentation ceremony in the clubhouse Treetops Restaurant and thanks go to them for excellent food,service and entertainment.

El Chaparral is proud of its multi cultural and diverse membership but all members are encouraged to celebrate their national heritage together. The Three Saints Trophy was supported by Spanish, English, Irish, Welsh, Scottish, Norwegian, Russian, Iranian, German, French, Swedish and Danish members and a touch of the Caribbean, and this diversity has added to each occasion. Members are already looking forward to next year’s festivities.